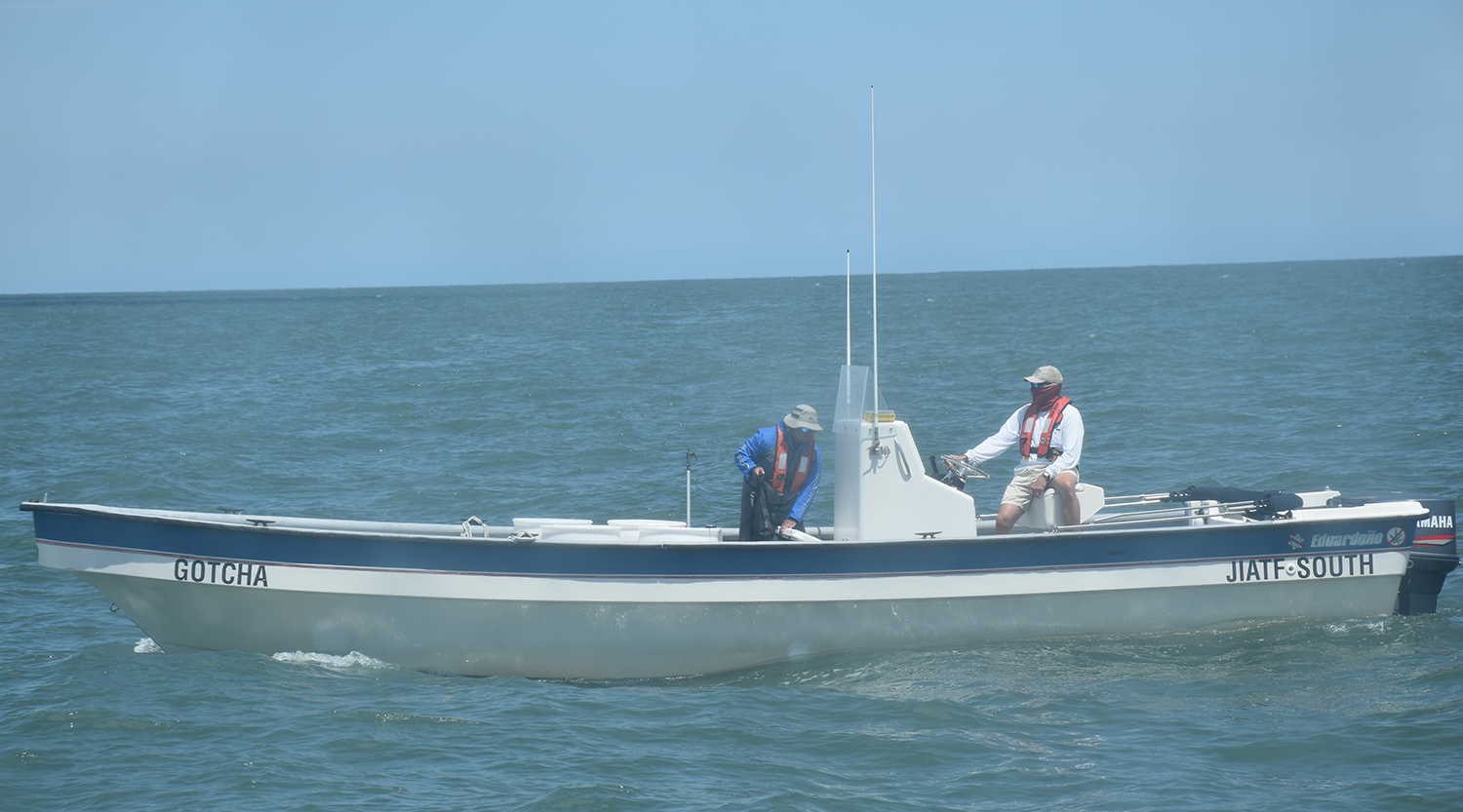 As part of the SCOUT Experimentation Campaign, ATI’s Demonstration and Assessment Team (DAT) supported the JIATF-South’s efforts to detect and monitor suspected illicit drug trafficking vessels off the coast of Virginia in July. The focus was on helping to improve JIATF South’s capabilities to target, detect, and monitor suspect vessels across wider areas and over longer detection intervals.  SCOUT was conceived of by Chief of Naval Research Rear Adm. Lorin Selby as a bold effort to scout new ways of partnering with industry and better ways to canvas and verify technologies.

The July sprint event targeted the problem area Hunting Without Maritime Patrol Aircraft, at Joint Expeditionary Base (JEB) Little Creek-Fort Story. A representative drug boat, Gotcha, was operated by JIATF-S and the stealth Stiletto was operated by NSWC CCD as an interceptor, with both teams demonstrating various technologies and platforms to solve the JIATF-S area of operation: helping intercept drugs and more efficiently locate and identify incoming drug movements. This first sprint successfully tested several new sensors, commercial satellites, and fusion algorithms against the Gotcha drug boat operated by JIATF-S. Bringing even more realism to the effort, the representative drug boat, Gotcha, was a real drug boat the JIATF-S seized from actual drug runners. The next sprint event will take place in August.

The primary focus of DAT is to provide effective, usable technology to our military men and women who are fighting in the field – making sure our warfighters have the tools they need, and that the tools are the best they can be.